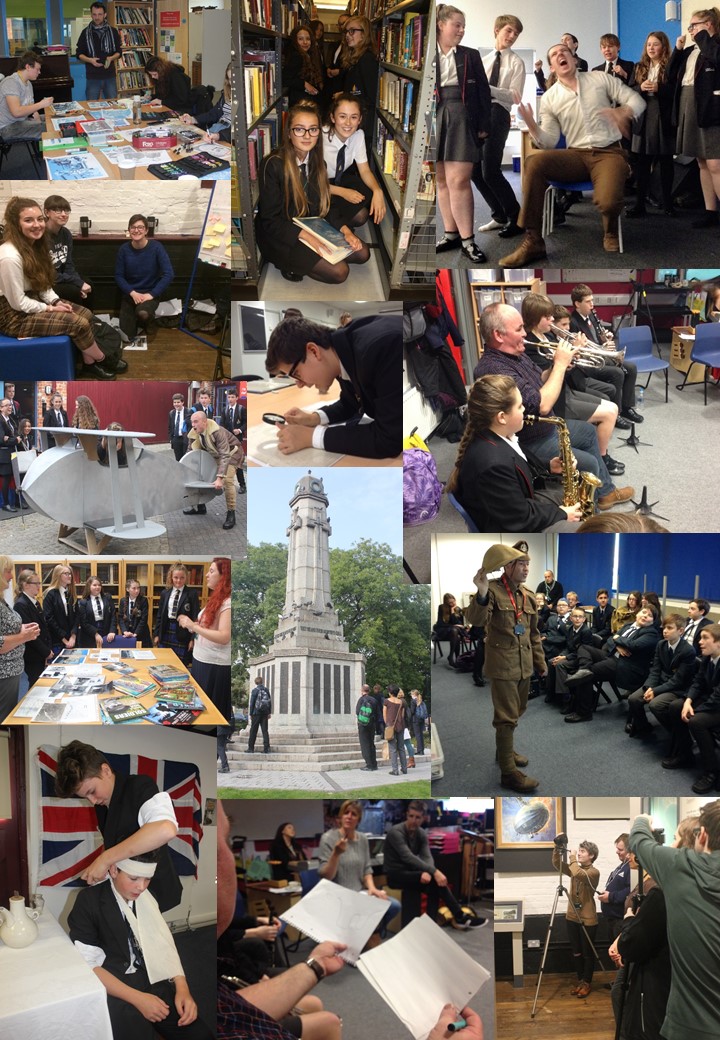 The Requiem project hit national news recently when the Beast from the East put paid to the project’s finale, a unique performance by students marking the centenary of Great Yarmouth’s contribution to World War One. Snowbound in a Lincolnshire hotel and unable to play for Requiem, the BBC musicians instead delighted a wedding party with a surprise rendition.

280 young people from Yarmouth have spent months working with musicians from the BBC Concert Orchestra and local cultural partnership organisations to create an exhibition, artwork, music and words, culminating in performance at the Hippodrome.

Filmed by local media students, dramatic graphic artworks by college students were to be projected across the walls of the venue, while GCSE student writers performed their own poignant poems. Young musicians from the County Youth Orchestra planned to play a specially-commissioned new Requiem with the BBC Concert Orchestra in five Movements, after bands from three secondary schools played their own innovative compositions reflecting life on land, sea and air. A massed choir of students from seven primary schools were set to finish the show with a gloriously uplifting Anthem of Hope.

The performance is now rescheduled for later in the year.